Our First Adventures in Cornish

In autumn 2014 I moved back to Cornwall, where I spent the first eighteen years of my life – a place that is still very much my home. My plan was to lock myself away in the attic and write as much as I could before spring. Most of what I’ve written has been set over a hundred years ago in the American West, but a handful of the stories, plays and ideas have gone back to the routes in my life by the sea.

It was when writing one of these plays, Sirenia, set in a lighthouse off Cornwall, that I started thinking about Cornish culture, heritage and, most specifically, the Cornish language. Before last week I spoke only a handful of Cornish words; ‘Kernow’ meaning ‘Cornwall’, and my old school motto, ‘Fast Yn Mesk Tonnow’ – ‘Firm among the waves’. 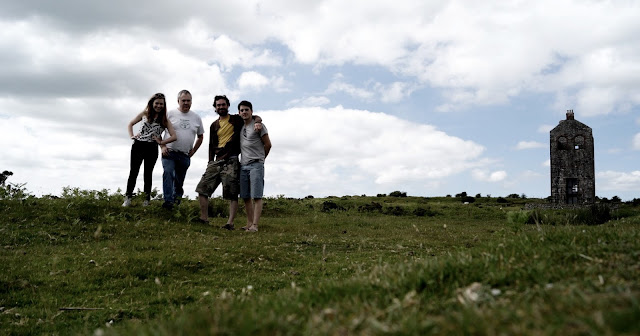 Cornish isn’t taught in schools; it’s barely known by more than a few hundred speakers, but it is a language that is heavily embedded in Cornish culture, in our names, and our history. The brutal past that surrounds our former language, Kernowek, is a story well known to all the Celtic nations – a tale of English fear that turned into a vicious, blood soaked quest to crush a people’s independence.

There are a handful of people working in Cornwall who are fighting to bring the language back to life, to ensure Kernow’s past is not buried, that its culture is not forgotten. I approached one of these people, Pol Hodge, at the start of 2015 with the idea of developing Sirenia as a play spoken entirely in Cornish. Pol is a writer, poet, performer and Cornish Bard. His work is ‘living proof, if proof were needed, that Cornish is a living, breathing language.’

This month, with the support of Hall For Cornwall’s development scheme ‘Creation Space’, we spent a week developing the play at Sterts Theatre near Liskeard, in the heart of Bodmin Moor. With Pol’s translation and expert guidance, we worked with two actors, Rob Pomfret and Evie Tyler, who had never spoken a word of Cornish before, to stage the first Kernowek drama, performed to an audience of non-Cornish speakers, using English subtitles.

I didn’t know if the project would work, if we would be able to achieve something truly dramatic in a language we were barely able to speak. At the end of the week, we presented the play to a small audience of theatre people from around the Duchy. What started as an ambitious and potentially unachievable task, I’m thrilled to say, turned into something truly magical. To hear ancient words not only spoken, but performed, transcended the story’s limitations in English and created a sense of stepping back through time to witness some enchanted moment.

I don’t know what the future of the project will hold, but I can say for certain that it will have a future. Kernowek is an exquisite language, powerful to speak and magnificent to hear. It is the language of Cornwall and our ancestors, and with the incredible work from people like Pol, it can become part of our vocabulary again. I feel incredibly privileged to have had the chance to learn from Pol, and I can’t wait until we can share what we have created with the people of our proud and ancient nation. 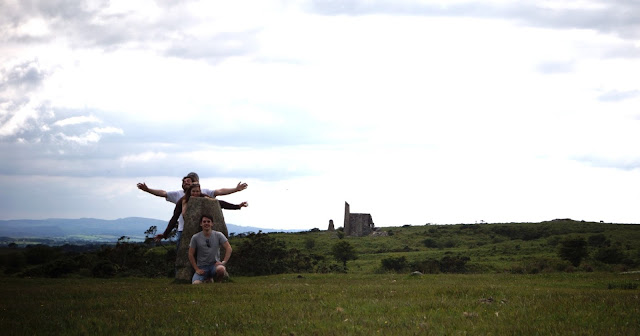 Sirenia will be performed at the Edinburgh Fringe Festival this summer, where it will be spoken in English with songs performed in Kernowek from Pol’s translations. Alongside our main season, we are hoping to present two late night scripted readings of the play in Kernowek.

For more information on the show, visit our website.
Posted by Jethro Compton at 7:25 AM No comments:

The Chapel of Emmanuel

Here are some basic images of the first set design plans for The Frontier Trilogy this Edinburgh.

The Chapel, known in the plays as The Chapel of Emmanuel, will house all three of the Frontier plays as well as our Mentorship Programme show, The Night Watch. 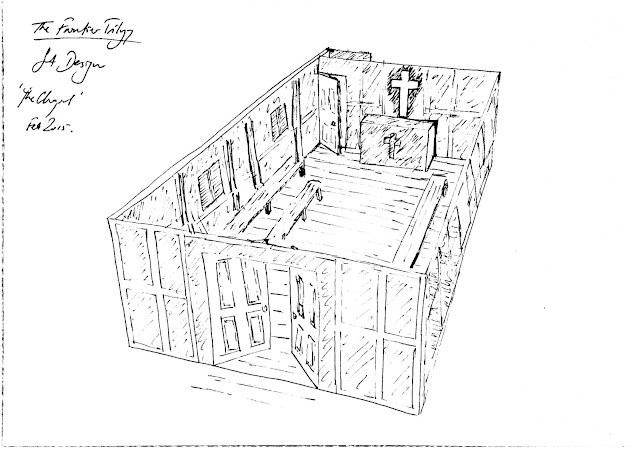 Those who have seen our work in Edinburgh over the last couple of years will recognise much of the layout. As with The Bunker, the audience will enter the Chapel and sit within the action of the stories. 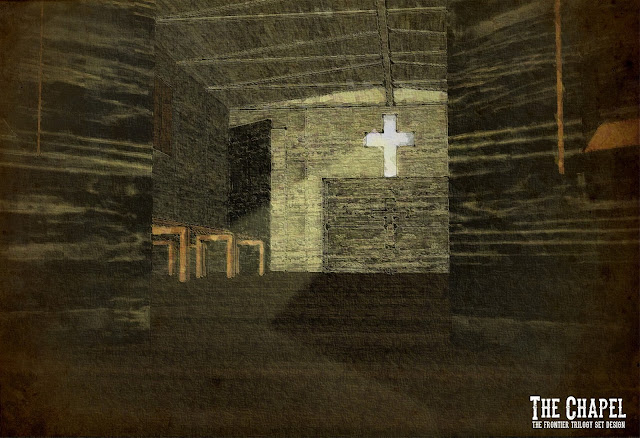 The basic structure was built of the set was built in 2012 when we produced Belt Up's Fringe Season, The Drawing Room Trilogy. Since then we have transformed the timber frame into the walls of The Bunker and the set has journeyed up and down the UK. 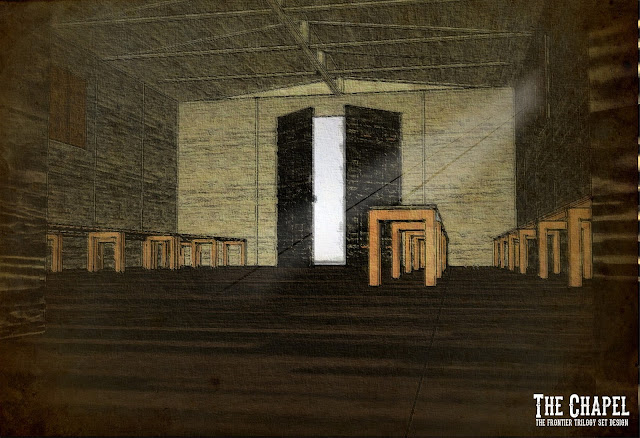 Throughout July our team will be working in Edinburgh to transform the build once more, transporting it into the 19th century in the dust of the American West.

For more info on the shows visit www.TheFrontierTrilogy.com

Posted by Jethro Compton at 12:47 AM No comments:

Thrilled to announce our cast for The Frontier Trilogy and Sirenia at the Edinburgh Fringe Festival 2015.

With a couple of familiar faces returning from The Bunker Trilogy, we are also delighted to welcome four news members to our ensemble.

In The Frontier we have:

SAM DONNELLY
Sam has worked with us since 2012 on a number of projects. Fringe goers will know him as our Lancelot and Macbeth in The Bunker. If seeing Sam in all three of The Frontier plays isn't enough, you can also catch him in his one man Star Trek show, What Would Spock Do.

CHRIS HUNTLY-TURNER
Chris is a new addition to the team, all the way from Australia. Alongside rehearsing The Frontier, he's co-driecting a new show Jericho Creek with his company, Fledgling Theatre. It opens 29th July at The Cockpit in London.

JONATHAN MATHEWS
Another new arrival to the company, Jonathan is a recent graduate from The Oxford School of Drama. We're thrilled to have him with us!

BEBE SANDERS
Bebe joined the ensemble at the end of 2013 in The Bunker Trilogy and has performed with us in Australia, South Korea and Edinburgh as Morgana, Clytemnestra and Lady M. We're delighted to have her back with us after her run at The National earlier this year.

In Sirenia we have an entirely new cast.

ROB POMFRET
Rob was seen last year as Rochester in Jane Eyre at the Rosemary Branch and will be playing Isaac, the lighthouse keeper, in Sirenia.

EVIE TYLER
Evie has recently been working with Box Clever Theatre playing Juliet in their adaptation of Shakespeare's tragedy.

Alongside Edinburgh, both Rob and Evie are working with us in Cornwall to develop a Cornish Language production of the play. More info on this to follow.

For dates, times and info on booking tickets, click here.

Posted by Jethro Compton at 1:07 AM No comments:

For the early birds out there...

If you book a ticket today (Thursday 4th June) or tomorrow (Friday 5th June) for any of The Frontier Trilogy shows we'll reward your eagerness. Despite being a trilogy, there are more than three parts to The Frontier, one of these is a short story prequel that we'll be releasing in the coming weeks titled San Sebastian.

Take a look at www.TheFrontierTrilogy.com tickets page for links to booking.

Posted by Jethro Compton at 10:51 AM No comments:

THE NIGHT WATCH: part of our inaugural Mentorship Programme

The Fringe has been incredibly kind to us. As a company, we make work we love and each year are fortunate enough to share this work with audiences in Edinburgh. We wanted to share our experiences with a younger company, at the start of their journey, in the hope that they might be able to learn form our experience and avoid our failures.

Whilst attending the Durham Drama Festival as a judge earlier this year, I saw a play that I felt fitted with the work we have been making for the past couple of years. I loved the story, the world created by the writing, the ambition of creating a play set in a distant, unknown land. I'm delighted we're able to help this show progress and offer an opportunity to the company behind it to bring the show to Edinburgh.

The show will be performed on top of The Frontier Trilogy, each day of the Fringe. In addition to the show using our space, our creative team and associates will be working with the team behind The Night Watch to provide support, advice and guidance throughout the process.

Take a look at their gorgeous trailer here.

For more information on the show, or to book tickets, visit www.NightWatchPlay.com

If you'd like to hear about other aspects of our Mentorship Programme, please follow @JethroCompton  or check back here for updates.

Posted by Jethro Compton at 5:01 AM No comments:

After the success of The Bunker Trilogy (2013 & 2014) and The Capone Trilogy (2014), we're creating a brand new immersive triptych for the Fringe this summer.

Continuing our work in the Wild West, that began last year with the première of The Man Who Shot Liberty Valance in London, we are thrilled to present three original plays set against the backdrop of the American Frontier. 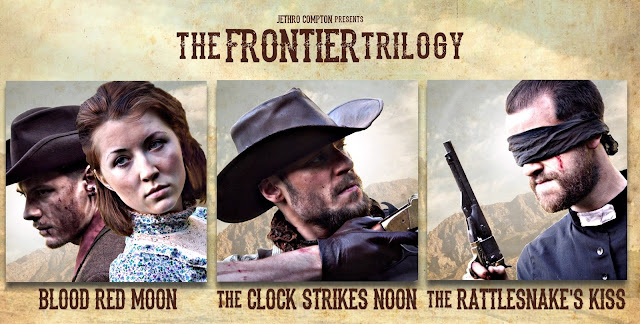 The three plays, loosely inspired by Biblical legends, take place in a worn down chapel in California between the winter of 1855 and summer of 1866.

Expanding the world of the Frontier, we will be releasing three additional stories that continue and complete some of the characters' journeys. These will be in forms of an online short story, a second short story published alongside the playtexts, and a short film. We'll announce these as soon as they're available.

Read more about the shows via www.TheFrontierTrilogy.com.

In addition to our main season of shows, we are also presenting an intimate, site-specific play inspired by Cornish folklore. We are taking over a space, never before used at the Fringe, high above Edinburgh that will become the setting for our story. 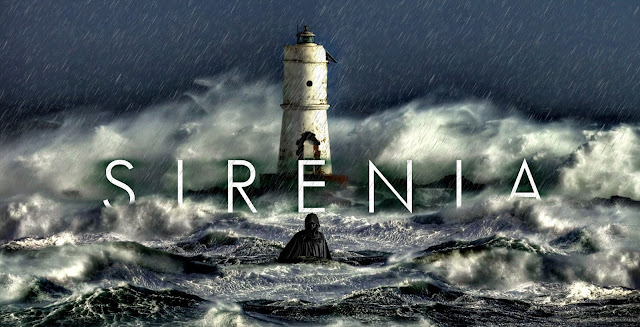 Sirenia tells the story of the a lighthouse keeper, trapped at sea as a storm approaches. The play runs at just over half an hour and will be performed twice daily across the festival.

We are also developing a production spoken entirely in Cornish. More details of this to follow.

For more info on either production, to book tickets, or to see what else we're up to, visit our website www.JethroComptonLtd.co.uk and follow us on Twitter @JethroCompton.

Alongside our four shows, we are presenting a new production, as part of our inaugural Mentorship Programme.

Working with Antonia Goddard Productions, a student company from Durham University, we are delighted to present The Night Watch.

You can read about the Programme, and the show, here.

Posted by Jethro Compton at 4:38 AM No comments: