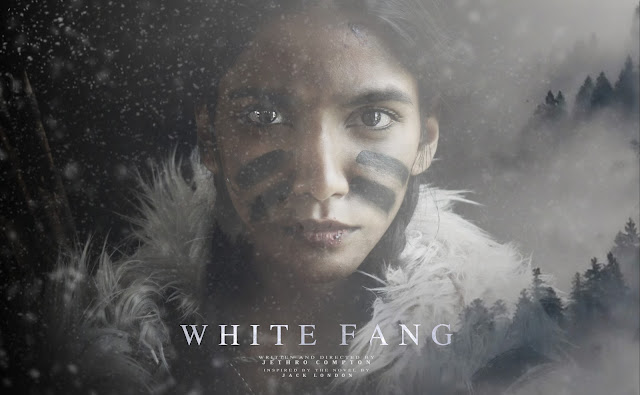 TO SUBMIT YOURSELF FOR CONSIDERATION, PLEASE EMAIL: casting@jethrocomptonltd.co.uk
PLEASE INCLUDE A PDF CV, OR LINK TO SPOTLIGHT PAGE.
Deadline for applications is Close of Business Monday 28 August.
We are currently casting for the UK production of our new show, WHITE FANG. The production is running for five weeks over the Winter / Christmas period of 2017.

Lyzbet Scott
Rescued by a huntsman after the massacre of her tribe, Lyzbet is a strong, fearsome and feisty young woman. Although fiercely loyal to her adopted father throughout the play she becomes more and more independent, learning to hunt, exploring the forest and learning the culture and ways of her ancestors with her wolf, White Fang, by her side. ​
Additional Requirements: Ability to sing essential.
Gender: Female.
Playing Age: 15 - 25
Height: Any
Appearance: Aboriginal Canadian / First Nations
Accent: American (standard)
Pay category: Non-equity

Tom Vincent / Violinist / Puppeteer
Tom is a simple, kind, and earthy man. He tends to the sled dogs, and helps Lyzbet and her grandfather, Weedon, look after the business and house. He considers himself a hunter and a man of the wild – but he has a lot to learn. He Also doubles as secondary puppeteer for White Fang puppet.
Additional Requirements: Must be able to play the violin. Puppetry experience useful. Ability to sing essential.
Gender: Male
Playing age: 20 - 35
Height: Any
Appearance: Any
Accent: Any.
Pay category: Non-equity