Living Through a Disaster Movie - by Jethro Compton

It has been almost two months since Hurricane Irma surged out of the Atlantic on her path of devastation – headed towards the Caribbean and US mainland. As the early news reports came in Florida, we were into our first week of rehearsals in Saint Petersburg, far up on the west coast – safely on the Gulf of Mexico and Tampa Bay. I’d never encountered a hurricane before. Being from Cornwall, the range of weather I’d experienced was pretty limited. So to say I was unprepared for what was to come would be an understatement.

Over the years, Hollywood has made some great disaster movies, and some less great (though no less enjoyable) ones. I’ve always been fascinated with the idea of these world changing Day After Tomorrow style events – the growing panic, the hysteria – but to find myself in the centre of one is a little different. And that’s just what it felt like – a disaster movie.

Most Floridians seemed unconcerned by the impending storm. Those Sunshine State born and raised poo-pooed the largest Atlantic hurricane recorded in over a decade as nothing more than a bit of weather. Most planned to stay at home and ride it out – and work carried on as normal. The only glimmer of the mounting fear could be seen in the supermarkets and gas stations. The gas was running out; lines of cars down the street looking for last minute fuel. The shelves that once held bottled water now held nothing more than well conditioned air. The dried food, depleting. The peanut butter, heaven forbid, extinct.

On the evening of Friday September 8th, there was an eerie calm about the streets of Saint Pete. For anyone of non-Floridian blood was already on the road – evacuating. We sat at the quiet beach, drinking frozen mangoritas (think margarita, but blended with a mountain of frozen mango – you’re welcome) and watched a perfect sunset. Irma was forecast to head up the east coast. We’d feel the effects, but we were a long way from the worst of it.

By the following morning, everything had changed. I woke for rehearsals with a stinking hangover (damn those mangoritas), and made my way through the condominium to the bathroom. Two of the cast had been moved into my condo as their own was in a flood zone. Yet, now, on this Saturday morning, I noticed one of the rooms had been vacated. All that was left was a note, “I’m getting out of here. You should too, if you know what’s good for you.” That’s not quite what it said, but I read between the lines. Then another bedroom door flew open and a panic-stricken actor burst out, luggage in hand. The forecast had changed. Irma was expected to make landfall just an hour south of Saint Pete and this actor wasn’t hanging around to see what the eye of a category five hurricane looks like. There was a temporary shelter being made in an old theatre in Gainesville. “Come with us. But we have to leave now.” I don’t remember why – perhaps the fear of being trapped on a gridlocked freeway as Irma arrived – but I didn’t leave. The actor did, and now I was alone in the condo.

Throughout the week, as the storm had grown, I’d heard reports that our own theatre was building a shelter in the scenery shop. That’s where I wanted to be (foolishly thinking I’d be close by to start rehearsals again as soon as the wind died down). I packed all the food I had in the kitchen that wouldn’t turn to rot with a few hours of Floridian heat. I didn’t have much. By the time I’d joined the hysteria, pretty much everything worthwhile was gone. But I did have a lot of cheese flavoured snacks – so I’m not complaining.


I was going to be joined by some others at the condo until the moment we had to move into the makeshift shelter (or the Bunker, as we named it). That night, in the wood framed condo, we drank Prairie Fires (shot of tequila, few drops of tabasco, topped off with lime – you’re welcome) and played board games, trying to ignore the danger that was coming. 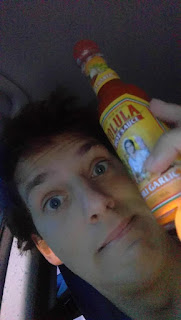 Before the sun rose on the Sunday morning, we were in a small convoy, headed across the city to the Bunker. I had bid my farewells to the condo and selection of non-sentimental personal items – though I clutched my bottle of Cholula hot sauce (garlic and chilli variety) and was never going to let it go. 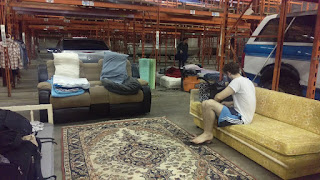 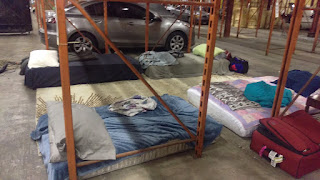 At the Bunker, a vast concrete warehouse, the roller door opened, we drove right inside and parked beneath a large steel cage. There made our new home from the theatre’s stock of old couches, mattresses and Lazy Boys. We made it as comfortable as we could. We drank beer. We played board games. And we rode out the storm.

It’s worth saying that this was no ordinary theatre workshop. We had two snorkelled trucks that could drive through feet of water; if the water was too deep, we had boats (two actual boats); we had a small armoury of bows, crossbows, and the occasional firearm (this is America after all). This wasn’t a theatre workshop – this was a Bunker prepped for the End of Days, for a nuclear holocaust, for the zombie apocalypse. Name a disaster movie, we were covered. 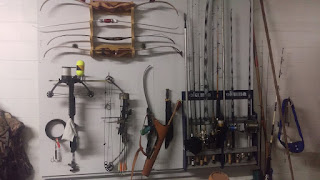 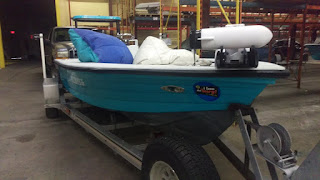 By morning the news came that the theatre had been devastated. The roof had been ripped off. The entire space was flooded and unusable. But, somehow, the show would go ahead. In that moment, the resilient, defiant nature of the theatre and theatre people began to take hold. The artistic director climbed onto the back of a pickup truck, grabbed a loudspeaker and told us, “We can’t be consumed by our petty differences any more. We will be united in our common interests. And this day will be known as the day the world declared in one voice, “We will not go quietly into the night! We will not vanish without a fight. We’re going to live on. We’re going to survive. Today, we celebrate our Independence Day””– wait, sorry. I got carried away. That’s from a different disaster movie. But that was the gist of the feeling we all had.

And as the debris was cleared from the streets, and people filled back across the county line to their homes, fearing for the worst, hoping for the best – the disaster movie was gone. This was a new movie – a movie about determination, about strength, about unity. This was a movie about a community who came together, donated their time, their money, and their spare rooms, to build a new theatre, to rebuild the old one, and to declare, “We will not vanish without a fight.” 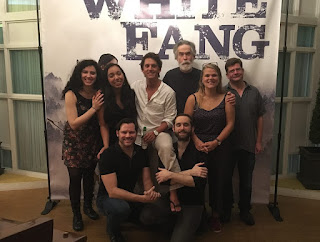 Somehow, after all the destruction, the fear, the panic, the disaster movie was over, and we were part of a feel-good film even Richard Curtis would be proud of.

Posted by Jethro Compton at 6:42 AM